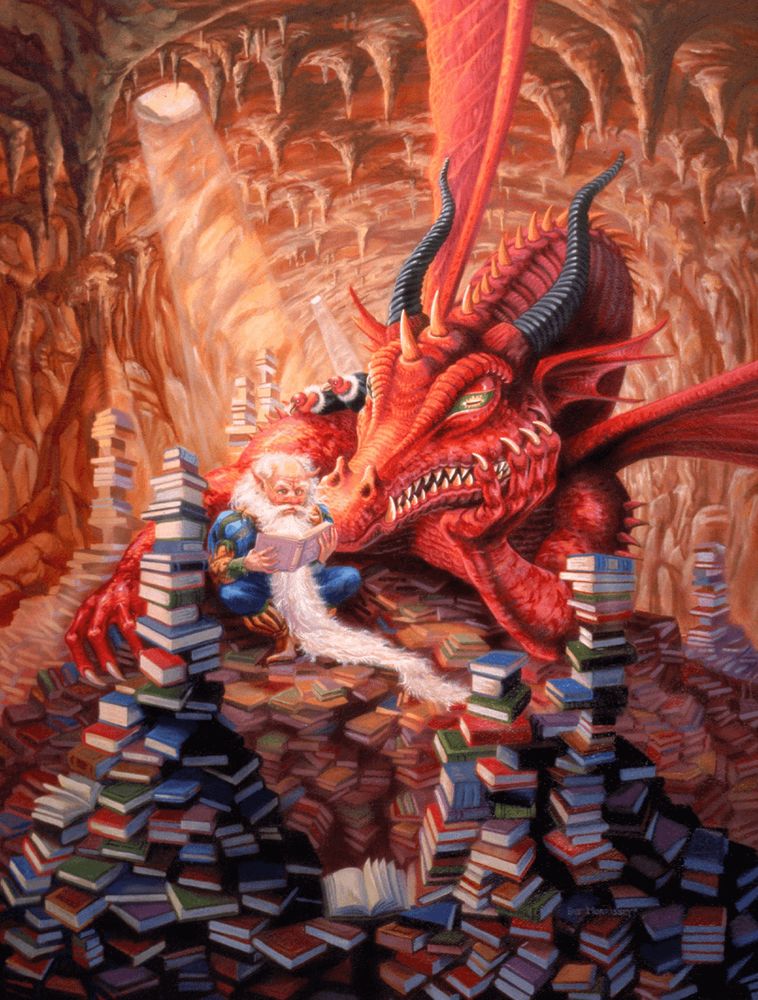 Expanding the Initiative’s reach into the other Verses is an important task. Of course, home base will remain in Delphi, where advanced technology and reliable power is at your fingertips. Nevertheless, recruiting members with local knowledge and special skills, and establishing safe spaces from which operations can launch has become a priority now that it is certain that strange disappearances and unexplainable confluxes are happening throughout the myriad worlds, not just at home. To that end, returning to the place where Para made her first attempt at a long-range Sieve jump and discovered the existence of the other Verses is the order of the day. Since she is far too busy with organizational operations, it has fallen to your team to reestablish contact with the unusual pair that Para has described as “nice, but a little strange.”

The Sieve deposits you a short distance from the entrance to the cave you’re looking for. After checking your gear, which all seems to be in working order, you make your way through the environment that somehow feels even more pristine, more natural than the zerotech worlds in Synthex that you’ve visited. As you approach the cavern’s wide mouth, a small but confident voice calls out, “Ah yes, here’s our visitors now, Omni. Come in, come in, you lot! We have prospects to discuss, and time is wasting!

Encouraged by the welcoming words, you take the lead. Less than a hundred paces on the downward-sloping path from the outside opening, the already sizeable space opens up into an enormous room, filled with mountains of books, upon the highest peak of which sits a small man, his diminutive size exaggerated all the more by the length of his bushy white beard. Behind him sits a giant vermilion reptilian, whose ostensible threat to beings of your size is belied by an exceedingly casual position, with a chin the size of a hoverbike resting gently in one massive claw as giant green orbs lazily take in your party’s size and composition.

Perhaps more impressive overall, however, is the ridiculous quantity of books. Strewn about in complete disorder, they fill nearly half of the immense volume you stand in, and appear to continue as such down the multiple paths that extend out of the rear wall. Your mind boggles at the prospect of the amount of resources, as well as space, wasted by such an immense physical collection that could likely be coded onto a single wideline external storage unit.

Interrupting your train of thought, the bearded gnome all but shouts triumphantly, squinting as his finger scans across a line in the book he holds open near his midsection, “HAH! See, Omni, it’s just as depicted right here in Oystersand’s Illustrated Arcana—that nice young lady who visited us the first time hasn’t returned. She’s sent others in her stead.”

A booming voice echoes inside your mind, not unlike the experience of interacting with a dedicated Liason servitor, but, louder somehow, and palpably feminine — Portentous, indeed, young Scribs, but hardly authoritative. Let us listen to what they have to say, and compare it to the catalog of predictions.

“Not authoritative, my left moustache! You just don’t want to admit that I was right about this one, you brute!” The gnome taps the page he is peering at twice, intently, then suddenly catches himself with a quick shake of his head, and regards you, breaking into a smile. “Forgive me, visitors. She,” he continues with a jerk of his thumb over his shoulder at the titanic dragon, “rarely cares to put much stock in my findings. Always with the ‘more evidence, young Scribs,’ or, ‘not authoritative, young Scribs.’ It’s as if anyone under a thousand years old is just a child in her opinion.”

Anyone under THREE thousand years old IS just a child by comparison to me, my friend, comes the dragon’s telepathic reply. And you underestimate how dearly I value your input in spite of your relative youth. I simply place emphasis on being... thorough. But enough of our quabbles over method. Let us find out what these have come to discuss.

“Mm, yes quite right,” says Scribs, mollified for the moment at least. “You’ve come, and here you are. What of it, then? Out with it, out with it!”

“Yes, Para, that was her name, wasn’t it. And what’s this about frogs?”

“Para... and the talking frogs... have determined that bizarre happenings are taking place all over the known Verses.”

“Hah! Talking frogs, you say? Must be relatives of yours, eh, Omni?” chuckles the gnome. “Have you tried kissing one of them to see if they turn into a prince? Now THAT would be a bizarre happening, indeed.” You’re sure if you could telepathically hear the dragon roll her eyes, you would have just then.

“Kissing them?” you say, “No, no, nothing like that. They’re an endangered species where we come from, and they are up in arms recently about impending danger. Plus, there are disappearances and other unexplained phenomena taking place at dramatically accelerating rates across our homeworlds, and our technology has picked up a signal that indicates it’s happening here, and in other places, too.”

“Mhm. Well, talking frogs are probably endangered just about everywhere I can think of, but I can’t say we’ve had any disappearances of note. In an infinite library, though, many things could go missing and you wouldn’t even know it until you went to look for them.”

“Yes, quite,” Scribs says, with an almost dismissive wave of his hand around at the piles of books, “it’s why they’re in such a state, you see. We’d certainly never keep a library so disorganized if it had a FINITE number of books in it, now would we?"

“No... I guess not,” you concede. “But, how do they all fit? And where does all the paper come from? We could certainly code all the books in this room into something this size,” you continue, holding up your Portarray for scale, “but nothing we know of could hold an infinite amount of information.”

“Heehee,” Scribs giggles, “or is science just a way to explain magical phenomena with equations and hypotheses and a bunch of other impenetrable mumbo jumbo designed to gatekeep?”

“Uh... maybe?” you halfheartedly allow, hoping to move the encounter from a bizarre philosophical treatise to more concrete considerations. “In any case, we came to discuss the possibility of you joining our Initiative, and the opportunity to use your... library as a sort of safe haven for our investigative operations in this area of the Verses.”

You’re surprised when the dragon responds instead of the talkative gnome—You can consider us your allies, and the Infinite Library is a sanctuary for all visitors. Unfortunately, I’m afraid you’ll find your technological applications non-functional within its confines due to some of the stronger magics’ interaction with what you might term “field state.” The Library is necessarily paracausal in nature, in order to contain an infinite volume within a finite surface area, so its interactions with your brand of electronic sorcery are unpredictable at best. Send our warm regards to Para, and please, check out a book to take with you, whichever you think might help in your investigations. Scribs, what do you think they could benefit from the most?

“Ahem, yes, quite,” says the gnome, “there are several texts that might aid you.”

Which will you pick?

A: Occi, Spineroot, and Clovum’s Three Dimensional Poesias, which details spatial arrangement’s interaction with language and art, and purportedly singed off the better half of Scribs’ beard when he and the dragon first unlocked its sigils? Its raw power and metaphysical implications are perhaps the highest of the lot.

B: Bearing By Torrent, the travelogue of the first navigator to successfully cross the Twisted Rainbow. It could provide significant insight into what the Initiative might expect to encounter in Fantasia’s wilder elements.

C: Oystersand’s Illustrated Arcana, the text that Scribs was poring over when you entered the Library. A book that may be able to depict the future could be indispensable in helping you pick the right signals to pursue.

D: Five Type Pointy Stick, the only known translation of goblinoid language, which actually contains seventeen types of pointy stick, so titled because its original language calls every number higher than what can be counted on one hand “five”? Some of the pointy sticks are quite cleverly designed, too.

“Scribs, didn’t I hear you say that the Oystersand’s Illustrated Arcana predicted our arrival? Something that could help us see the future would be extremely useful in refining our targets or advising us how to proceed in a difficult situation.”

“Indeed, indeed it did. But it’s not so easy as all that, oh no, no, no. It doesn’t just tell the future laid out plain and simple for all to see. It’s a book with a personality of its own, and what it chooses to reveal is often cryptic, wreathed in symbols, and shrouded by many interpretations. Oystersand herself was particularly interested in a place some scholars call ‘The Colorful Realm’; you would know it as one of your ‘Verses’; the one that’s… well, colorful? Shapes and patterns and such.” Scribs shakes his head quickly as if to clear it and blows a gust of air. “Always made me dizzy, that place. Never could spend too much time there without feeling sick. Much better to look at it on the page, as far as I’m concerned.”

I believe you refer to this place as Kaleidoscope– says Omni– and it has a powerful relationship with time. It is a realm of connections and abstractions, of foreseeable possibilities, because its logic is quite different from ours, and from your own. Dear, sweet Anelie understood this much more intuitively than most, and made an admirable life’s work out of its study and subsequent refinement into the oracular text. Please do be careful with it; she gave me that copy herself. And DO be careful with it– the Colorful Realm can reveal many things, but is often wild and capricious; there is real danger of seeing what you WANT to see in the Arcana rather than seeing what it has chosen to reveal. You think you might have seen the dragon incline her head slightly toward her “young” Gnome companion during that last part.  But, maybe it was nothing

“We will,” you say. “Thank you very much, Omni, and you too, Scribs. We’ll see you again sometime, and return your book!”

[KNOWLEDGE was gained, at the cost of SAFETY.  Oysterand's Illustrated Arcana is now being studied by the Para Initiative.