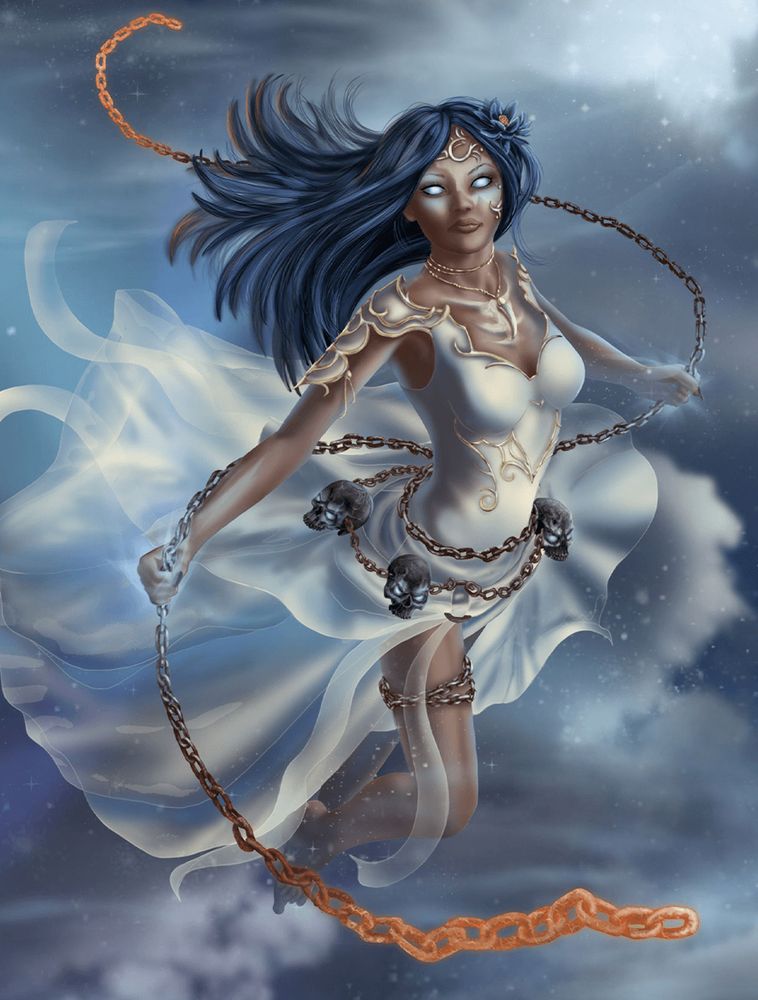 There are four Nefer-Ta, eternal magical beings with an arcane connection to Amasu and its energies.  These beings are conduits for large volumes of magical power, just like Amasu itself, and their lives are bound to the planet.  They were imprisoned 1000 years ago within pyramids built on ley lines for use as magical power plants and were freed by Initiative agents and House Rashidi in the first two years of the Initiative operations.  None of them have yet been individually named, but they are each attached to an element with one male, one female, one non-binary, and one multi gendered.  They refer to one another as siblings.

“Nefer” and “ta” are ancient Egyptian words.  “Nefer” is both the number zero and a word that means beautiful inside and out.  Something like a perfect beauty.  There was a movement in rhetorical style in Ancient Egypt called Medu Nefer, or Beautiful Speech, that was grounded in the idea that humans are part of nature and that good speech was part of the natural world, which connected people to the divine.  “Ta” means land.  Nefer-Ta could be a being who reflected the true beauty of the natural world and spoke for the land.