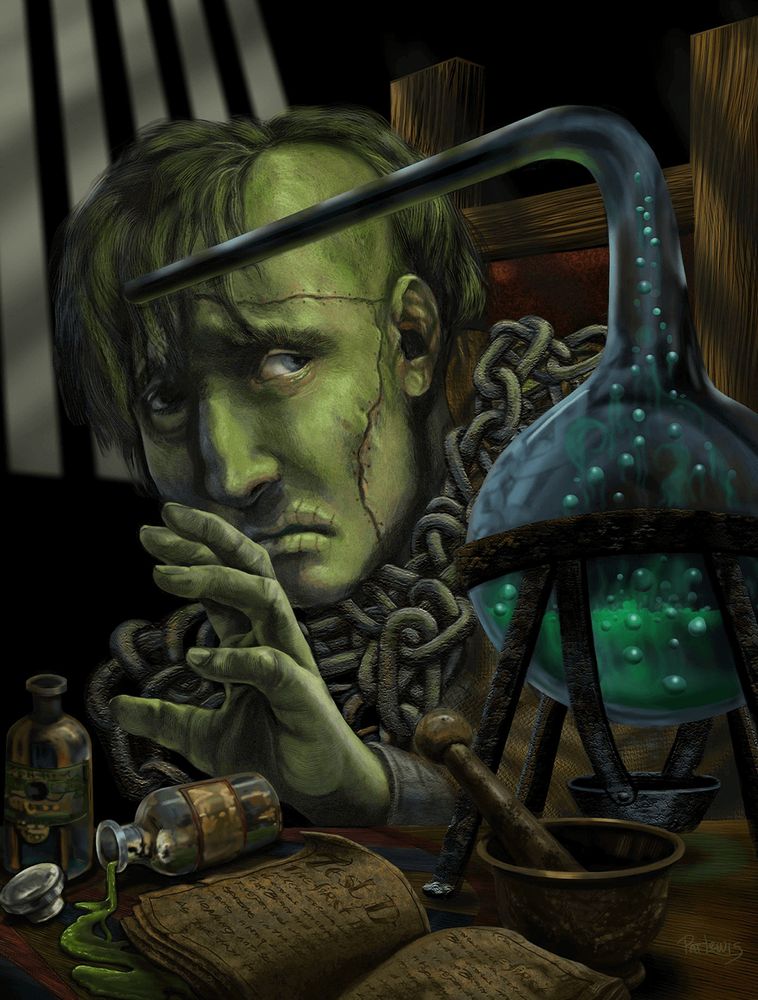 Spare Parts originally lived in Kaleidoscope (Flux in his terminology) and was abducted by the Necromancer for experimentation.  When the Necromancer discovered that Parts could be placed in a spirit jar and used to animate chimeric bodies he became a servant and incubator for temporarily unused body parts.

His voice functions much like a musical instrument and is capable of perfectly reproducing a wide range of chords.  The Necromancer has made use of this capability to key many locks and other security features to specific chords so that Parts may act as a jailor and assistant.  This utility is the only reason that Parts has been allowed to retain his own, original, voice, the only piece of him that’s original.

Parts was recruited by a Para Initiative operative to spy on the Necromancer and provide intel to the Initiative. He also enabled the escape of said operative.

Introduced in #27 A Most Surprising Hero.