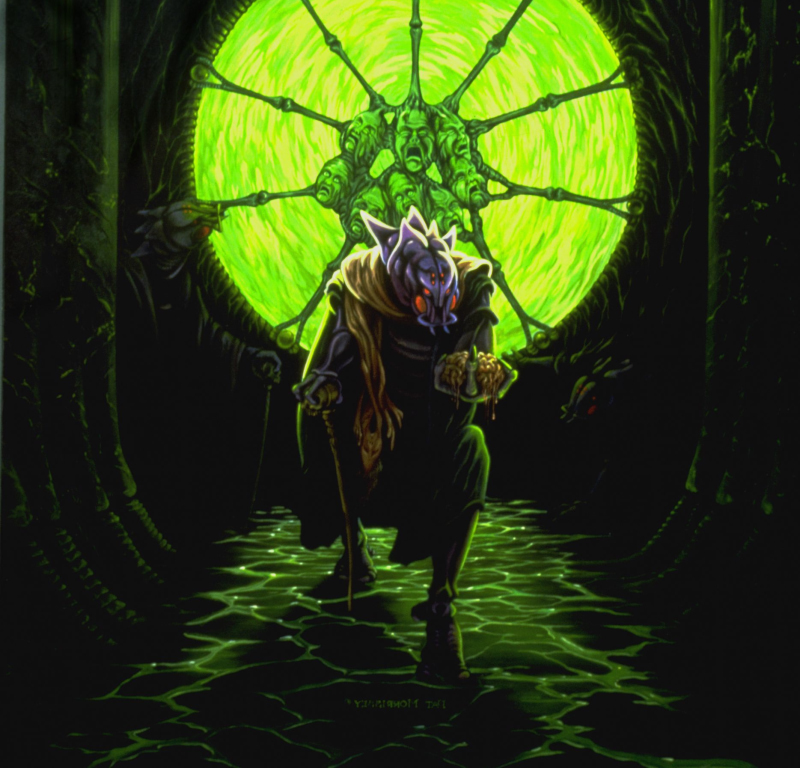 The Necromancer, also known as the Lifegiver, is an enigmatic figure.  His True Name is a jealously guarded secret.  He tends to operate through agents and catspaws, only rarely leaving his citadel to act directly.

He is known to be both magically and psychically powerful, with significant skill in necromancy, biomancy, and enchantments of the flesh.  Though he does his best to disguise his motives and activities, those who have observed his efforts believe that he is hoarding power and knowledge with the objective of creating his own personal Verse.

While his citadel and base of operations is in Gloom, there is some evidence to suggest that he is a native of Kaleidoscope, and it's believed that he has constructed, or at the very least controls, a portal that allows interVersal travel to a large number of disparate locations.  His operations have been reported in multiple locations in Fantasia and Gloom.  Some reports imply that he is not yet aware of the other Verses.

Introduced in #27 A Most Surprising Hero