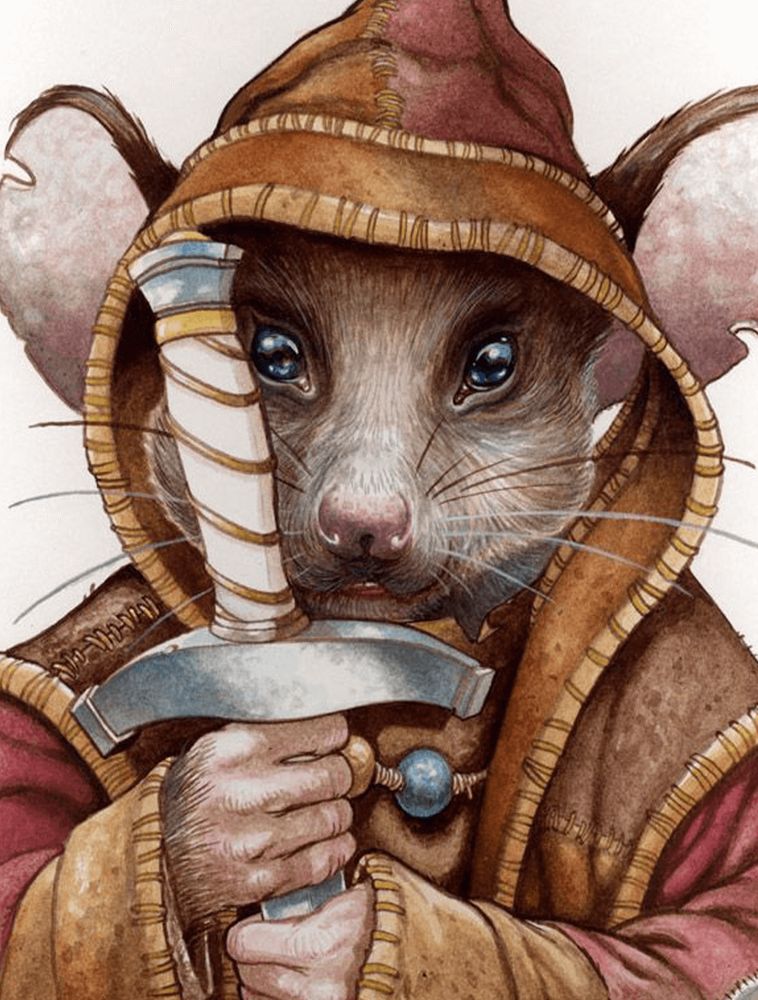 The mouse called Al-Suyá is longtime member of the Bluemoat community of sentient animals in Fantasia. His most recent activity was serving as the elected Protector, leader of the community. Though he was defeated in the most recent election by the energetic and charismatic La Shushú, the transition of power was a peaceful one and he remains in good standing with the community.

He holds to a worldview that appreciates egalitarianism and individuality and led Bluemoat with empathy for all living things. Al-Suyá has demonstrated a deep commitment to the democratic process, remaining staunchly in favor of allowing the predatory creatures that live outside the confines and rules of Bluemoat proper to have an equal voice in the community.

While many of those creatures might jump at a chance to devour Al-Suyá for a quick meal given the opportunity, they also hold him in high regard for his commitment to their continued and fair representation. He's also widely popular among the working people of the Keep, because of his interest in infrastructure and logistics.

Though this warrior monk may no longer carry the sword of the Protector, the denizens of Bluemoat still look up to him, willingly coming to his call for aid.