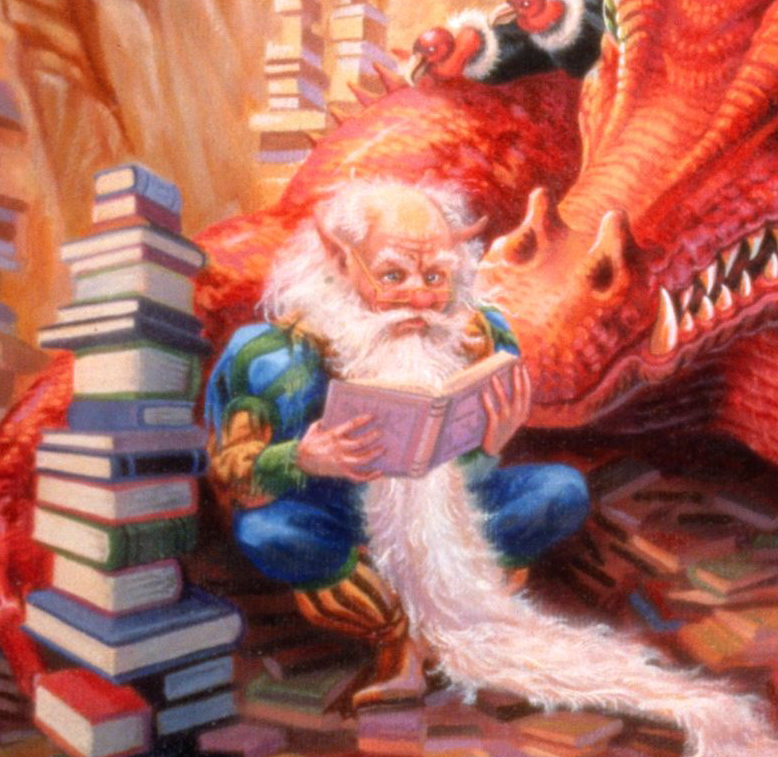 Scribs is the nickname given to the stalwart gnome companion and lifelong friend of the dragon, Omni. It is, in fact, an acronym of the first six of his several hundred names that appear in the official Gnomish genealogical record. He has lived an exciting life, being one of the very few of his kind who chose to abandon his undermountain homeland to seek experience in the wider world. In his later years, he has been content to broaden the depth and quality of his knowledge by serving as the second librarian and chief researcher of the Infinite Library.